Written by Yona Schnitzer/TPS on September 12, 2017

The Israeli humanitarian aid organization Rescuers Without Borders (Sauveteurs Sans Frontieres) has distributed over 1.5 tons of food and medical supplies to the residents of the hurricane struck Caribbean island of Saint Martin.

As of Tuesday afternoon SSF had 22 volunteers on the ground on the Northern French half of Saint Martin, including doctors, nurses, paramedics and logistical coordinators. Another 2.5 tons of supplies are on the way to the island.

“The central hospital is swamped, with only one ER actually functioning”, he said. “We have one group of volunteers working with the local doctors at the hospitals, and another group going door to door helping people. Locals are saying that the police station was broken into right after the hurricane and that lots of weapons were stolen, leaving people afraid to leave their homes.”

The destruction in the Caribbean island has been described by many as ‘biblical’, and according to volunteers on the ground there are whole areas which the authorities have yet to reach, and every time the water recedes, more bodies surface.

So far, 14 people have been confirmed dead in Saint Martin in the aftermath of Hurricane Irma, however many more have been displaced or are missing and feared dead.

SSF was established in the beginning of 2005, following the destruction caused by the South Asian tsunami. The organization first sent volunteer crews to Sri Lanka, and have since delivered aid to Nepal, the Philippines, Mali, Indonesia, France, South America and Syrian refugee camps in Jordan.

Meanwhile, in Florida, a delegation from ZAKA’s international unit has arrived to deliver aid. The team had previously spent 10 days in Houston, Texas, which suffered severe damage from Hurricane Harvey.

Natalie in the US February 2020….check it out

Come see me in any one of the places I’ll be stopping before and after AIPAC…. talking about our daily live in Yehuda and Shomron,

Man of the year!

walla ANG from alevy/SSF on Vimeo. 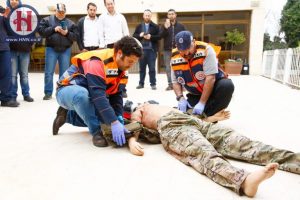 Who we are in 40 seconds 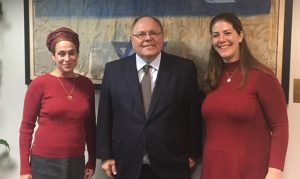 Survivor of Neve Tzuf massacre tells 1,000 women in Miami how Rescuers Without Borders helps terror victims in Judea and Samaria. The survivor of a 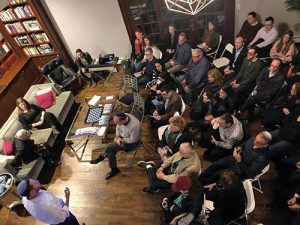 Michal Salomon Visits Englewood on Behalf of Rescuers Without Borders

(Courtesy of Hatzalah) A spillover crowd filled the home of Andrew and Leah Harary of Englewood for a presentation by Michal Salomon, who saved her 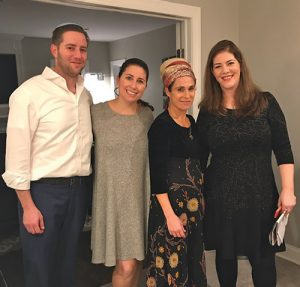 Prayer for victims at Rescuers Without Borders event in NYC

Survivor of Neve Tzuf massacre addresses crowd at event for Rescuers Without Borders, which treats residents of Judea and Samaria. The New York home of