Learning on Zoom During Corona Closures 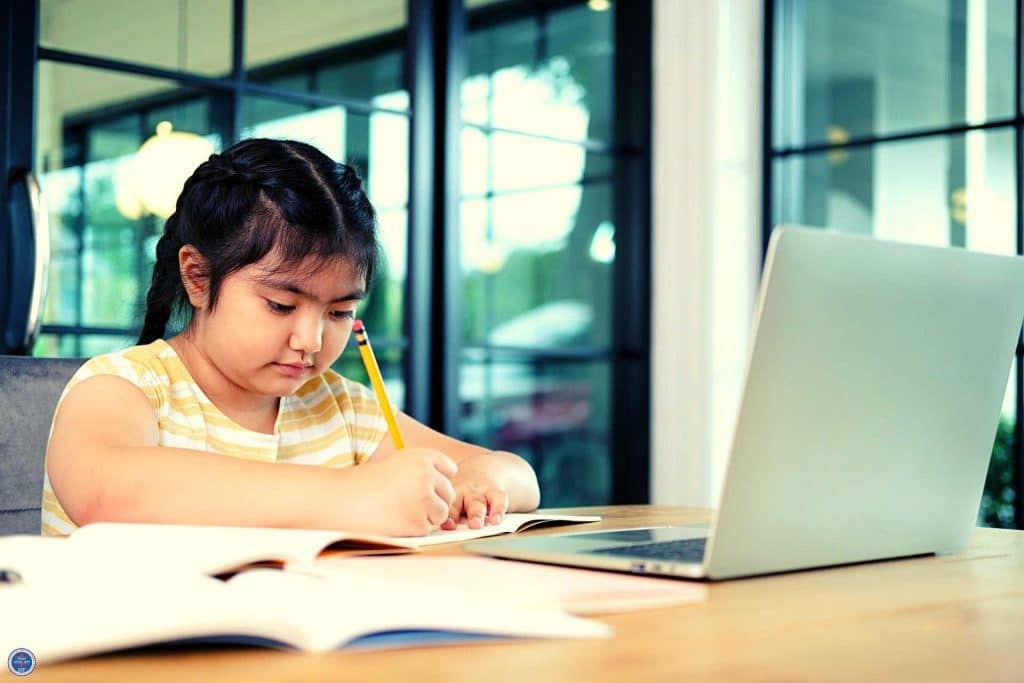 As many of you know, school has changed for our children these past 7 months during the Corona outbreak. Children have been kept at home and classes have gone online in many cases.  Back in March, when this happened, it was a novelty. “Being on a computer all day…….no real school….How exciting!” the kids thought.

Well, I didn’t like it one bit. I thought only bad things. The kids would become lazy; the computer screen couldn’t possibly replace face-to-face communication; how would teachers interact with the children on a computer?

This week I witnessed a typical zoom class for my son. He is in kitah vav – 5th grade. I have been witnessing these zoom lessons over the past few weeks. What used to surprise me surprises me no longer. The kids interrupting the teacher, talking to each other over the teacher, my own son shouting at kids during the lesson, “shut your mouth” and “stop saying nonsense” all the while,  the teacher barely audible. It’s quite ridiculous.

But today was different. I witnessed the boys’ main teacher, an older man, greet each child by name at the start of the class, and the boys were polite and quiet. He actually had a short little conversation with each boy….”good morning Avi. How are you today? Feeling good? Great to see you!” and then the same sort of talk to the next boy, and the next. I had never seen that before. It took awhile, but it was nice.

This teacher, who I just described as an “older man,” is in his 60s and suffered a stroke about five years ago. He was “demoted” to assistant trip coordinator at the local school. He had been a school principal before that.  So when I heard he was going to be my son’s teacher, I was a little concerned. Was he alright? Could he handle these young energetic unruly boys??

One Friday night, a few years ago, I found myself sitting next to his mother in shul. She must have been in her 80s, all dressed up, with makeup and wearing a hair covering.  She didn’t know me, but she told me her son had just had a stroke, but that years before,  he had been injured in Hevron. Hevron has a hostile Arab population living alongside a small Jewish one.   We have a strong team of medics there and there are unfortunately terrible attacks that have happened and continue. She spoke about the attack as if it was recent, when in actuality he had been maimed in an ambush at Beit Hadassah, and his stomach was slit open. It was a well-documented attack and his injuries were reported widely. I hadn’t realized he was the same man I had read about in books. What a special man!

I’m glad he is my son’s teacher. He seems good with the boys. Gentle. Patient. Happy to be with them. You can’t find that in all teachers. I am glad I witnessed him working with them. I’m glad he is able to teach this way.

These zoom classes allow us a peek into the lives of our children. With regular school, I never would have seen this.

Maybe it’s not all bad as I thought. Maybe some good is coming out of this corona madness. 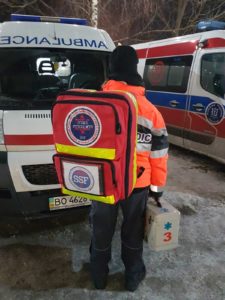 40 DAYS IN THE FIELD: EMERGENCY IN THE UKRAINE

SSF has Ukraine-based teams of rescuers, and they have sent more teams to the border with Poland on the very first days of the war. 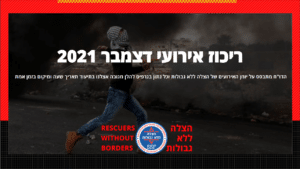 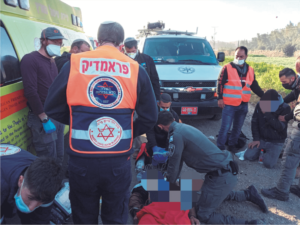 Conclusion of Summer 2021 in Hatzalah Without Borders

This year has not been easy. There has been hardship and disaster….the tunnel stampede in Meron during Lag b’omer, the Champlain Towers collapse in Surfside

Our own Rick Eissenstat generously donated a much needed critical care ambulance to our Southern Hevron Hills team and it will be placed in Otniel.

Jewish Insider report: Our Rescuers at the Scene in Surfside

Several of our rescuers traveled to the site of the collapsed building in Surfside to assist in the search and rescue. To read more, click